HONOLULU – Hawaii Supreme Court Chief Justice Mark E. Recktenwald issued a proclamation declaring October 19, 2017, to be Conflict Resolution Day in the Courts of the State of Hawaii, and presented certificates of appreciation to the mediators of the Hawaii Appellate Mediation Program.

Conflict Resolution Day was established in 2005 by the Association for Conflict Resolution to promote awareness and use of mediation, arbitration, conciliation and other creative, peaceful means of resolving conflict in schools, families, businesses, communities, governments and the legal system; and to recognize the significant contributions of peaceful conflict resolvers.

During the month of October, the Hawaii State Judiciary’s Center for Alternative Dispute Resolution collaborated with various community organizations and individuals on a series of activities and events to increase public awareness of conflict resolution and its many benefits. This year’s initiatives included: 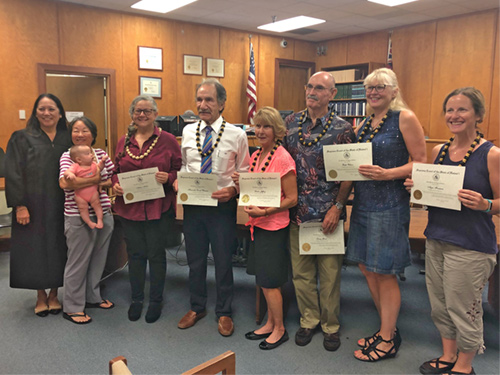 • Hawaii State Judiciary Center for Alternative Dispute Resolution Appellate Mediation Program’s Administrator/Trainer Anne Marie Smoke, spoke to University of Hawaii at Manoa students and faculty about the demand for and application of ADR skills in numerous fields. Her talk was sponsored by the Matsunaga Institute for Peace and Conflict Resolution.

• Issuance of a proclamation from Hawaii Gov. David Y. Ige declaring October 19, 2017 Conflict Resolution Day in the state of Hawaii. 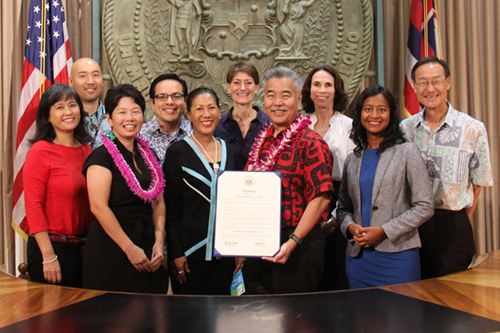 • Issuance of a proclamation from the Honolulu City Council to the Association of Conflict Resolution – Hawaii Chapter for its efforts to promote alternative dispute resolution processes. 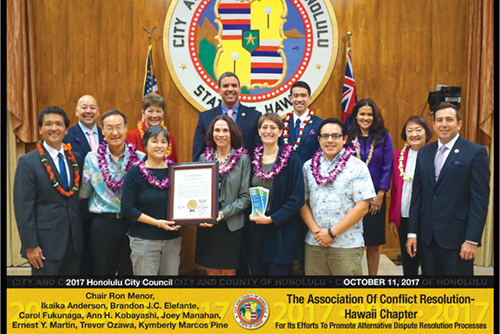 • Issuance of a proclamation from County of Hawaii Mayor Harry Kim to the West Hawaii Mediation Center and sister organization, Ku’ikahi Mediation Center, in Hilo, in honor of Conflict Resolution Day. The proclamation formally encourages “all citizens to learn more about conflict resolution practices and apply them to their daily lives to promote peaceful and creative solutions to disputes.”

• The Judiciary also produced a public service announcement on mediation, which will begin airing this month on Olelo Channel 53.

To learn more about ADR services available throughout the Hawaii, call the Hawaii State Judiciary’s Center for Alternative Dispute Resolution at (808) 539-4237; or call the community mediation center on your island: