Hawaii’s Children’s Justice Centers are programs of the Hawai`i State Judiciary. They are accredited members of the National Children’s Alliance with more than 700 Children’s Advocacy Centers across the nation. The program brings together a multidisciplinary team of professionals. These professionals coordinate their activities and investigations of child abuse and neglect.

In Hawai`i, more than 50 percent of reported victims of crime are under 18 years of age. Research shows that one in four girls and one in six boys will be sexually assaulted by the time they are 18. On average, the Centers see approximately 1,000 children per year. This statistic is not a true reflection of the magnitude of the problem as child sex abuse is often not reported. Some studies conclude that only 10 percent of children “tell.”

A unique feature of the Centers is the public/private partnerships between the Judiciary and the community. Founded by local Rotary Clubs, each neighbor island Center is supported by their Friends of the Children’s Justice Center, a nonprofit organization that provides resources for the Centers, the professionals who work with victims, and the children and families served by the programs. 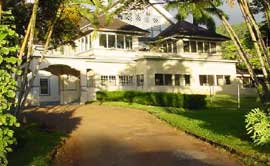 Children’s Justice Centers provide a warm, homelike setting for children as they are interviewed. View locations throughout the state and get an inside view of Center facilities.