Please click on this link to watch a recording of the presentation.

Presented in partnership with the University of Hawaiʻi at Mānoa’s Better Tomorrow Speakers Series and the King Kamehameha V Judiciary History Center.

If you require accommodation for a disability, please email info@jhchawaii.net or call us at 808- 539-4999. While the Hawaiʻi State Judiciary provides a venue for diverse discussion, the speakers’ remarks do not necessarily represent opinions of the Judiciary.

Camille A. Nelson (Moderator)
Dean, William S. Richardson School of Law
Camille Nelson has long been an outstanding member of the legal community. Prior to her appointment as Dean of the University of Hawai’i at Mānoa | William S. Richardson School of Law Dean Nelson served as Dean of American University Washington College of Law (“WCL”). Prior to her appointment at WCL, she was the first woman and person of color to serve as Dean of Suffolk University Law School in Boston. She was also a Professor of Law at Maurice A. Deane School of Law at Hofstra University, a Dean’s Scholar in Residence and Visiting Professor of Law at Washington University in St. Louis School of Law, and a Professor of Law at Saint Louis University School of Law. She has taught Contracts, Criminal Law, Torts, Critical Race Theory, Comparative Criminal Law, Transnational Law, Criminal Procedure, and Professional Responsibility. Prior to entering academia, Dean Nelson was a litigator at McCarthy Tétrault (a large Canadian law firm), and clerked for Justice Iacobucci of the Supreme Court of Canada. 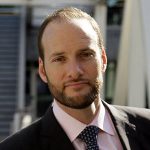 Chesa Boudin
San Francisco District Attorney
Chesa Boudin was elected San Francisco’s District Attorney in 2019 on a platform of ending mass incarceration and mitigating racial disparities in law enforcement. He previously served as a Liman Fellow in the San Francisco Public Defender’s Office and is on the board of the Civil Rights Corps. He was a Rhodes Scholar, earned his JD from Yale Law School, and is the author of the book “Gringo: Coming of Age in Latin America”. He is the child of incarcerated parents.

Steven S. Alm
Honolulu Prosecuting Attorney
Steven S. Alm was a Circuit Court Judge in Honolulu, Hawaiʻi from 2001 to 2016, and is the new Prosecutor for the City and County of Honolulu. In 2004, he worked with Honolulu Probation’s Cheryl Inouye and other criminal justice partners to create and implement HOPE Probation. HOPE Probationers, compared to a control group in regular probation, are arrested for new crimes 55% less often, and fail on probation and go prison for 48% fewer days. Notably, Native Hawaiians are revoked and go to prison 35% less often in HOPE, than in regular probation. Alm was the United States Attorney for the District of Hawaiʻi from 1994 to 2001. During his tenure, the office focused on political corruption, white collar crime, and large scale drug trafficking. He introduced the Weed & Seed strategy and led a coalition of law enforcement, businesses, residents, and social service providers that reduced crime in Kalihi-Palama and Chinatown by over 70% in three years. 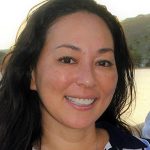 Minda Yamaga
Assistant Federal Defender, District of Hawaiʻi
Minda Yamaga is currently an Assistant Federal Defender in the Office of the Federal Public Defender, District of Hawai‘i where she represents criminal defendants charged with violations of federal law. Prior to that, from 2010 to 2015, she worked as a Deputy Public Defender at the State of Hawai‘i Office of the Public Defender. There, she appeared as counsel for indigent criminal defendants in state court proceedings and was lead trial attorney in numerous jury trials. From 2009-2010, she was a law clerk for the Honorable Richard W. Pollack, State of Hawai‘i First Judicial Circuit Judge. Ms. Yamaga received a B.S. in Chemistry with a Certificate in Women’s Studies from the University of Hawai‘i and a law degree from the University of Hawai‘i William S. Richardson School of Law. She serves as 1st Vice President on the Board for the Japanese American Citizens League, Honolulu Chapter, and External Affairs Chair and Board Vice Chair for Mental Health Kokua.