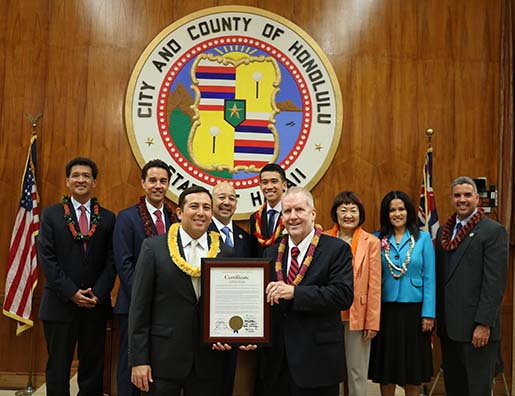 Retired First Circuit Court Judge Steven Alm was recognized by the Honolulu City Council at Honolulu Hale on September 7, 2016, for his work as the founder and advocate for the Hawaii State Judiciary’s HOPE (Hawaii’s Opportunity Probation with Enforcement) program. Hawaii’s HOPE program has served as a model to many court systems around the nation seeking to reduce probation violations by drug offenders and others at high risk of recidivism. Alm’s last day of work was August 31, 2016.