During the award presentation, HSBA Board member and HSBA Awards Committee Chair Rhonda Griswold said, “This award recognizes outstanding service to the Judiciary, including activities relating to new or innovative projects regarding the Judiciary and services that promote the fair and efficient provision of justice. The recipient in this case – The Honorable Steven S. Alm – has been the driving force behind two innovative strategies that have improved our probation system and have reduced crime in the State of Hawaii.”

Griswold commended Judge Alm for the creation and expansion of Hawaii’s Opportunity Probation with Enforcement (HOPE) program, which requires probation offenders to come to court and answer to the judge each and every time they violated probation. Griswold noted that prior to this program, violations would add up before the probationer was called to court, and then punishment was sometimes inconsistent and ineffective. Using existing rules and working with the various stakeholders, Judge Alm created HOPE in 2004, which has increased probationer’s accountability, reduced recidivism, and has been so successful that 28 other states have or are in the process of adopting similar programs.

Judge Alm was also recognized for expanding the scope of the First Circuit’s Drug Court to include higher risk individuals, to require participants to get a job, and to focus on dual diagnosis treatment for those suffering from both mental illness and substance abuse.

“We are all benefiting from Judge Alm’s years of public service, vision, and innovation,” added Griswold. 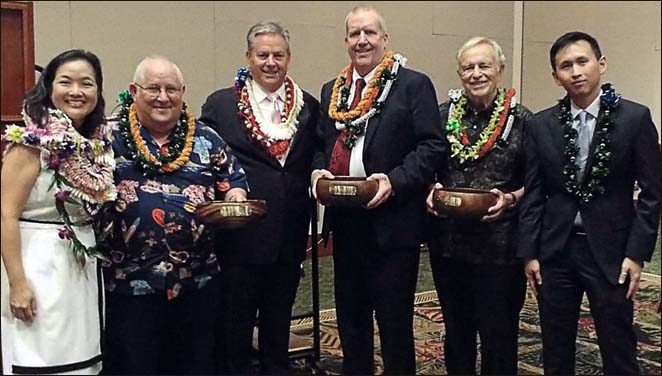