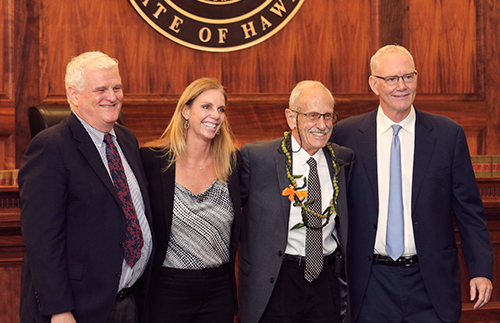 HONOLULU – Attorneys who performed free legal work in support of Hawaii’s non-profit legal services providers, indigent parties, individuals who do not have a lawyer, and the Appellate Pro Bono Program were honored at the Hawaii Access to Justice Commission’s 2022 Pro Bono Celebration on October 27. Oahu’s Volunteer Settlement Masters and Hawaii’s Appellate Pro Bono Mediators were also honored. In addition, the five winners of the Commission’s statewide high school essay contest were recognized.

Volunteer attorneys who staffed the Access to Justice Rooms at the Honolulu District Court and the Ronald T.Y. Moon Judiciary Complex in Kapolei were also honored for their community service. Since the centers opened in 2012, attorneys have provided nearly 8,500 consultations, at no charge, to people seeking legal assistance. This year’s honorees are:

Appellate Mediator Volunteers were recognized for their service in a segment led by the Hawaii State Judiciary Center for Alternative Dispute Resolution’s Appellate Mediation Program Admin/Trainer Anne Marie Smoke. This year’s honorees are:

In addition to acknowledging the volunteer attorneys and law firms, the award recipients from the Access to Justice Commission’s 2022 statewide high school essay contest were praised for their work. 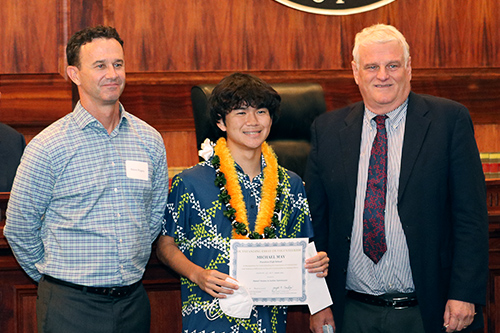 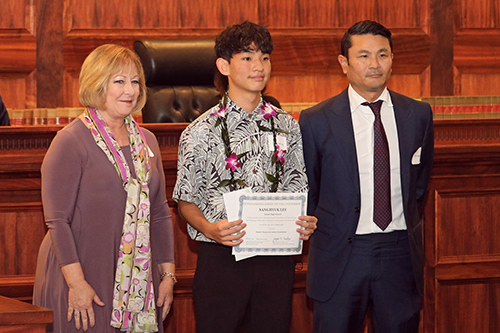 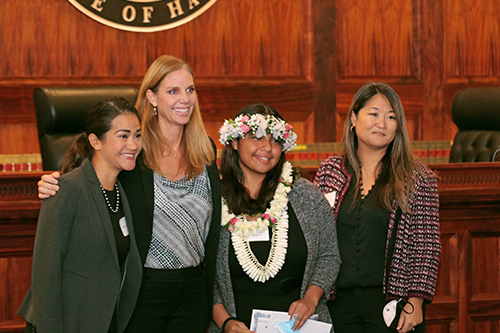 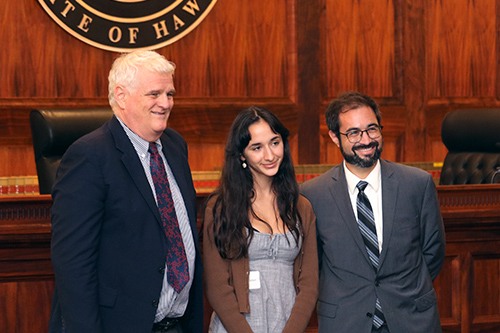 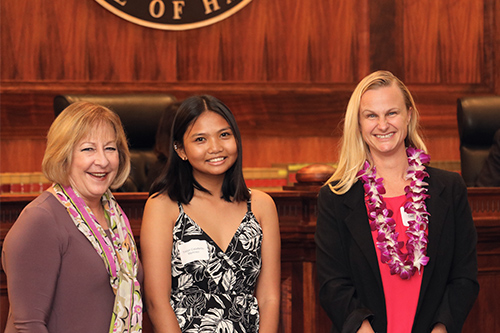 Michael May (Punahou School), Sanghyuk Lee (Iolani School), Shandette Namulauti (Nanakuli High & Intermediate School), Barbara Goldyn (Seabury Hall), and Trislyn Calixterio-Martinez (Waimea High School) each won $500 donated by local law firms. Their essays described, “How my volunteerism has helped our recovery from the effects of the pandemic.” A teacher or adviser named by each student also received $100 for educational purposes.

“Our judicial system exists to provide equal justice for all,” said Hawaii Access to Justice Commission Chair Judge Joseph Cardoza (ret.). “Hawaii continues to rank high in the nation for our efforts to increase access to the courts, and we continue to pursue improvements in this area. The annual Pro Bono Celebration is a recognition of Hawaii’s ongoing efforts to realize justice for all in our state.

“In our statewide essay contest, we encourage students to share their views on the importance of assisting others and on the positive impact volunteerism has on themselves and on their communities. We are impressed by the depth and quality of the essays which reflect well on the students, their families, and their teachers.”

The Hawaii Access to Justice Commission was created in May 2008. The Commission’s primary purpose is to substantially increase access to justice in civil legal matters for low- and moderate-income residents of Hawaii.

The Hawaii Justice Foundation is an independent, tax-exempt grantmaking organization whose sole purpose is to achieve justice for Hawaii’s people. The Foundation was established in 1969 as a vehicle for philanthropic law-related projects in the State of Hawaii.

The Hawaii State Bar Association is the unified bar association for all persons admitted to the practice of law in Hawaii, and serves to unite and inspire Hawaii lawyers to promote justice, serve the public, and improve the legal profession.