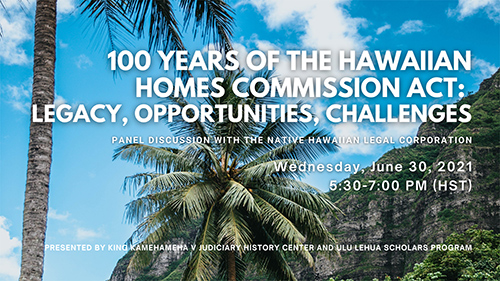 This program was created in partnership with the Ulu Lehua Scholars Program at the William S. Richardson School of Law.

If you require accommodation for a disability, please email info@jhchawaii.net or call us at (808) 539-4999.

* While the Hawaii State Judiciary provides a venue for diverse discussion, the speakers’ remarks do not necessarily represent opinions of the Judiciary. 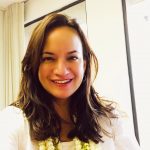 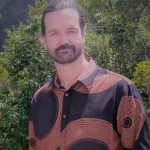 Mr. Kopper is the Director of Litigation at the Native Hawaiian Legal Corporation (NHLC). He began serving the Native Hawaiian community as an NHLC staff attorney in 2010 as an intake staffer, and has since gone on to lead impact litigation on behalf of individuals, families, and communities. Much of his practice focuses on holding the State and local governments to their trust obligations towards to Native Hawaiians. He has substantial experience litigating Hawaiian entitlement program disputes, including those arising under the Hawaiian Homes Commission Act and its implementing rules. He has also litigated multiple lawsuits aimed to protect the exercise of traditional and customary practices on Mauna Kea. Currently, Mr. Kopper represents clients in various matters relating to Native Hawaiian rights law, including historic property and burial site preservation, government leases and programs, administrative law and due process rights, protection of traditional and customary practices, and land title and historical native land claims. He has substantial experience before all of Hawaii’s courts and various administrative bodies.

Ms. Obrey worked as a Native Hawaiian Legal Corporation (NHLC) staff attorney from 2010 to 2015 and rejoined the litigation team in 2020 after serving as a land asset manager at Kamehameha Schools. Her work at NHLC has included representing clients before courts and administrative bodies on issues related to: the protection of cultural resources and iwi kupuna, traditional and customary practices, as well as the natural resources critical to those practices; the enforcement of the Department of Hawaiian Home Lands’ trust responsibilities, and the application of laws allowing for the amendment of clients’ birth certificates to correctly document their genealogy. Ashley was part of the legal team that secured, on behalf of a cultural descendant, a unanimous Hawaii Supreme Court decision to stop the Honolulu rail project until an archaeological inventory survey was completed for the entire 20-mile rail route, instead of in four phases as originally approved by the State Historic Preservation Division. 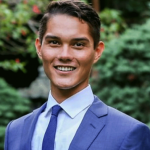