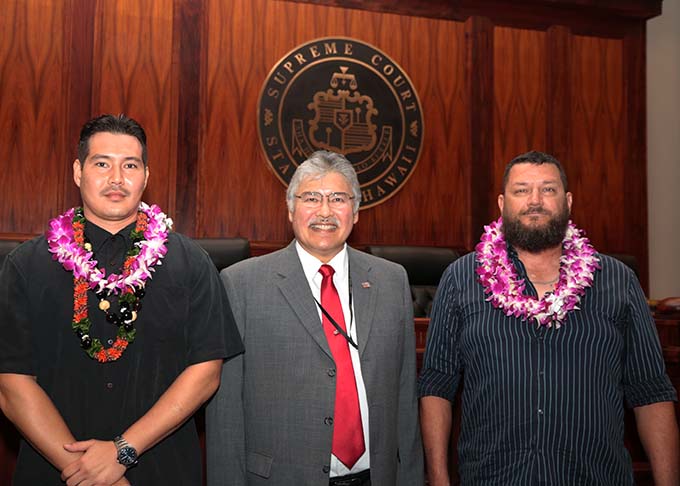 It was a proud day for six veterans who once served their country with valor, but somehow had fallen on hard times. On April 6, 2018, these men were honored as graduates of the Hawaii Veterans Treatment Court (VTC) after working to turn their lives around.

Judge Edward H. Kubo, Jr., presided over the ceremony honoring the veterans. He initiated the program in 2013. The VTC is a specialized court that takes a holistic approach to helping provide the resources and treatment the veterans need to get healthy, get employed, and return to being law-abiding citizens. The backbone of the program are mentors from all branches of the military and the VTC team who work directly with the participants.

The keynote speaker for the event was Jennifer S. Gutowski, director of the Veterans Administration Pacific Islands Health Care System. Chief Justice Mark E. Recktenwald honored the graduates by pinning a medal on them, and Lieutenant Governor Doug Chin and representatives of Hawaii’s U.S. Congressional delegation presented them with congratulatory messages.

An oli was performed by Harry Kau, of Ka Pa Hula Hawaii, and the Hawaii Youth Challenge Academy presented the colors.