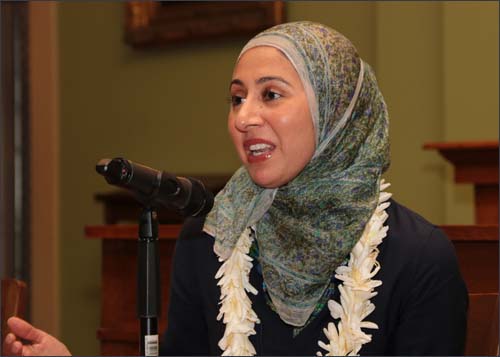 National Public Radio reporter Asma Khalid said that the news media is responsible for sharing “the first draft of history” during her remarks at the Civil Liberties and the Constitution Day.

Chin, who was recently appointed Lt. Gov., recalled growing up as part of the “model minority” where “staying in your place” was important. Fast forward to 2017 when he led the charge to challenge the President’s travel ban. “Everyone has the obligation to support civil liberties in their sphere of influence,” Chin said.

Khalid, a Muslim whose grandparents emigrated to Chicago from Pakistan, grew up in the Midwest. She said that before Donald Trump became the Republican Party’s nominee for President, she had already agreed to cover the presidential campaign focusing on where “demographics and politics” intersected. After the election, she told her own story, “What It Was Like to Cover the Election as a Muslim,” describing experiences with people from all walks of life, including her fellow journalists. Her life experiences, especially her time traveling the country, reinforced her belief in the importance of advancing civil liberties. “It’s a dereliction of duty to sit on the sidelines,” she said. 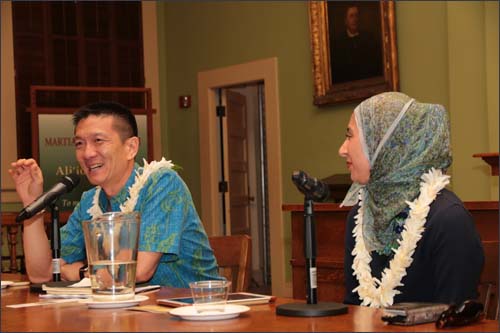 Asma Khalid listens to Doug Chin as he gives his perspective on civil liberties.