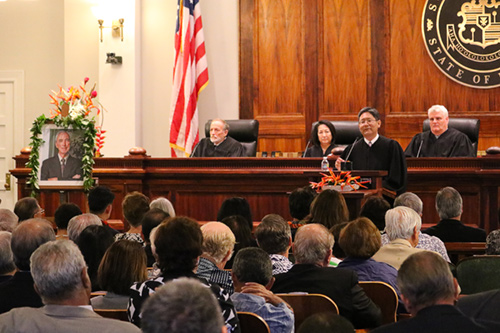 Members of the public gathered in the Supreme Court courtroom at Aliʻiolani Hale to hear special guest speakers and current judges share their memories of Judge Burns.  The speakers talked about the lasting impact of Judge Burns’ many contributions on both the state of Hawaii and the people whose lives he touched.