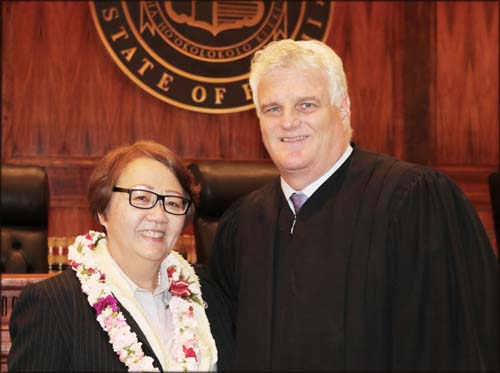 On December 27, 2016, Judge Linda K.C. Luke was sworn in to serve another term as District Family Judge of the District Court of the First Circuit. The ceremony was held in the Hawaii Supreme Court courtroom at Ali iolani Hale.

The oath was administered by Chief Justice Mark E. Recktenwald. Judge Luke will serve another six-year term from December 29, 2016 to December 28, 2022.