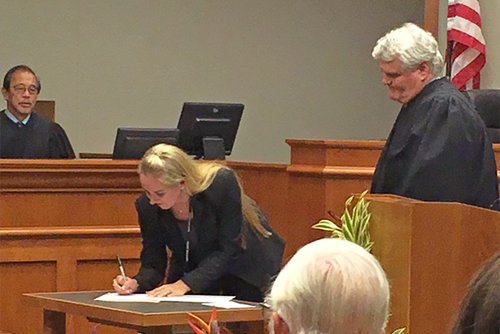 Dakota K.M. Frenz was sworn in as Judge of the District Family Court of the Third Circuit (Hawaii Island) at a special ceremony on October 31, 2016, at Hale Kaulike, the Judiciary Complex in Hilo. 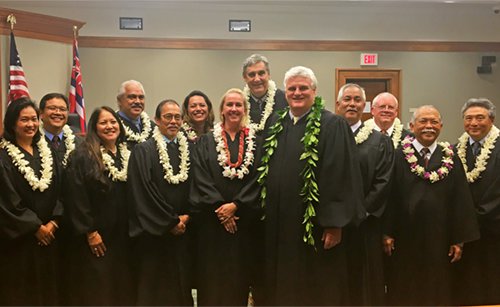