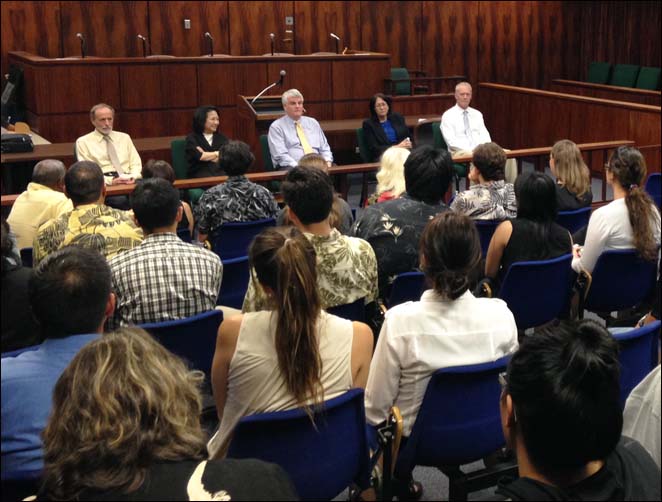 On Thursday, April 9, 2015, Justices of the State of Hawaii Supreme Court heard oral arguments in the criminal case State of Hawai`i vs. Susan Chin at the University of Hawai`i at Manoa William S. Richardson School of Law. This event was made possible through an ongoing partnership between the Judiciary and the School of Law, which sponsors a variety of activities such as Courts in the Community, an initiative designed to educate students and inform the public about the Judiciary’s role in government and its function in resolving disputes in a democratic society.

Pictured above: After hearing the oral arguments, the Supreme Court Justices answer questions from law students at the UH William S. Richardson School of Law.