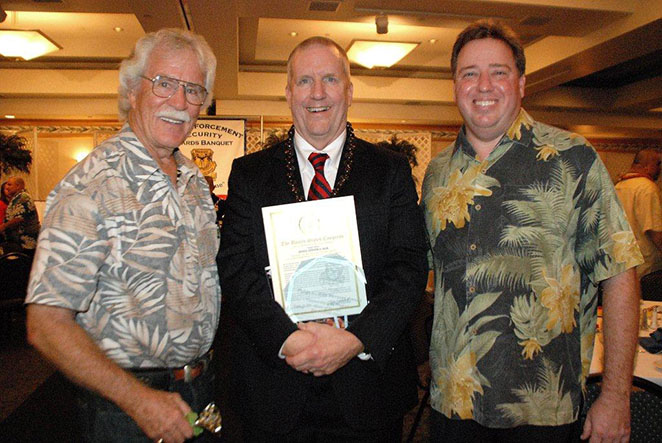 First Circuit Court Judge Steven S. Alm received the Judge Nils Tavares Award at the 2014 Law Enforcement and Security Award Banquet. All of the law enforcement agencies and security corporations serving and operating in the state of Hawaii were invited to nominate their “Top Cops” who have distinguished themselves above the rest with their dedication to duty, pursuit of excellence, and service to the community. Judge Alm was selected as a “Top Cop” for his work with the Honolulu Drug Court program as well as his expert training, professional service, dedication to duty, and for being an ambassador of aloha. Congratulations to Judge Alm!