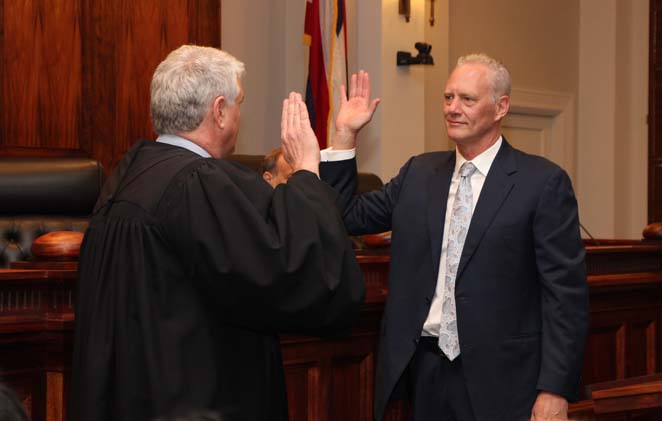 On Thursday, April 17, former First Circuit Court Judge Michael D. Wilson was sworn in to a ten-year term as associate justice of the Hawaii Supreme Court before a standing-room only crowd of friends, family and colleagues.