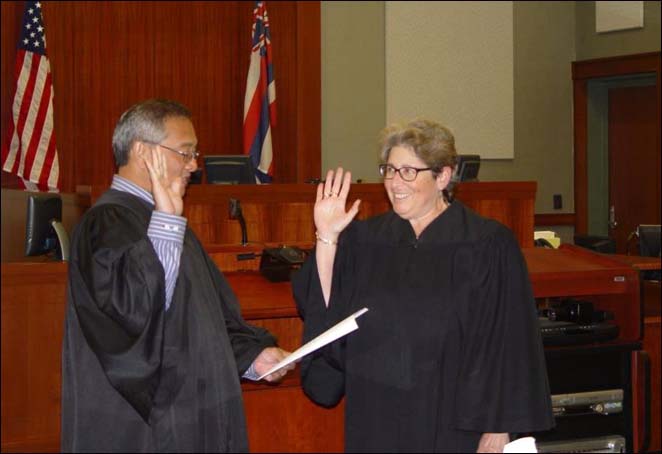 Attorney Sara Lee Silverman was appointed by Chief Justice Mark E. Recktenwald, to serve as a Per Diem Judge for the
District Court of the Fifth Circuit. Her appointment is effective from January 13, 2014, to January 12, 2015. Chief Judge
Randal G. Valenciano (pictured above on left) administered the oath of office.