Recently, Irene Hirano Inouye, the wife of the late Senator Daniel K. Inouye, his former chief-of-staff, Jennifer Sabas, and the justices of the Hawaii Supreme Court gathered to view Senator Inouye’s 1953 license to practice law in the Territory of Hawaii.

Now on exhibit at the King Kamehameha V Judiciary History Center, the license was donated to the Hawaii State Judiciary by Mrs. Inouye as a gift from the Daniel K. Inouye Legacy Fund.

Chief Justice Mark Recktenwald thanked Mrs. Inouye on behalf of the Judiciary, and noted, “The display of Senator Inouye’s bar certificate in the Center is a fitting reminder of the Senator’s many contributions to the cause of justice during his lifetime of public service.”

The license, a photograph of the senator, and a description of his military and congressional accomplishments are exhibited together and located between the entrances to the Monarchy Gallery and the restored 1913 courtroom. 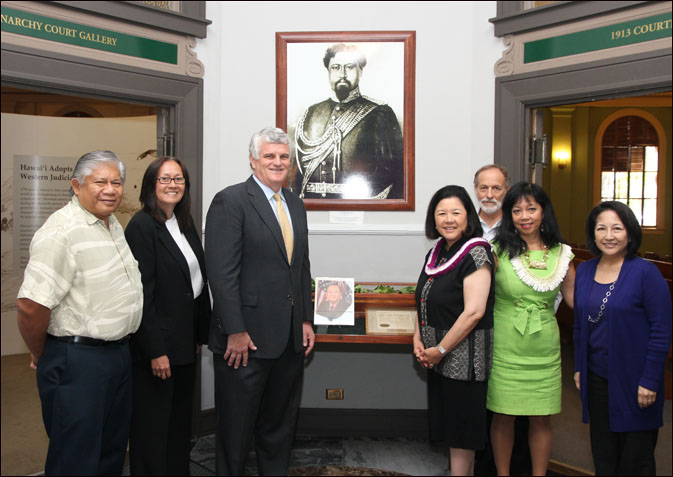