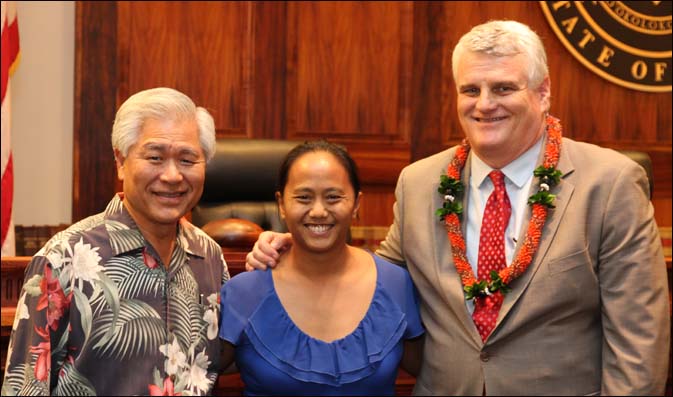 In February, the Access to Justice Commission held a recognition event in the Supreme Court courtroom. The purpose of the event was to encourage lawyers to do pro bono service and to thank the law firms, legal organizations, and individual attorneys who are providing pro bono legal services to pro se litigants at the Honolulu District Court’s Access to Justice Room (AJR).

In his remarks about “Partnerships in Justice,” guest speaker Chief Justice Mark Recktenwald said, “This is a time of innovation and promise for access to justice in Hawaii.” The Chief Justice noted that the Judiciary has self-help centers in every circuit, and, thus far, more than 1,000 people have been helped at no cost to the State.