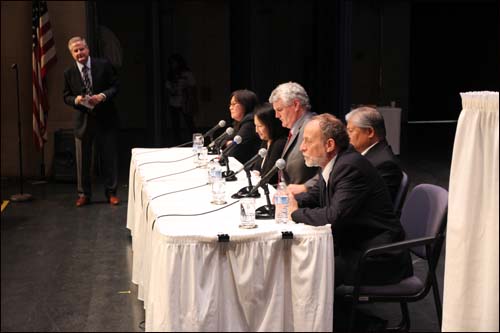 It is believed to be the first time that the Hawaii Supreme Court convened on Maui to hear a case since the mid-1800s.

It was the second oral argument held under the Judiciary’s Courts in the Community program, which is part of the Judiciary’s outreach efforts to educate students and the general public about the Judiciary’s role in government and its function in resolving disputes in a democratic society.

“The future of our system of government depends on the public’s understanding of the constitution and the protections it provides,” said Chief Justice Recktenwald. “The commitment and hard work of these students and their teachers demonstrates that we will be in good hands going forward.”

The court heard oral arguments in State v. Cramer. The oral argument was followed by two separate question-and-answer sessions for the students; one with the attorneys and another with the five justices.

To prepare for the oral argument, the participating juniors and seniors from each school studied a curriculum developed by the Kamehameha V Judiciary History Center and the Students for Public Outreach and Civic Education of the University of Hawaii’s William S. Richardson School of Law. The students’ study was followed by a moot court activity facilitated by members of the Maui County Bar Association.

The Hawai`i State Bar Association generously provided the students with lunches and transportation to and from Baldwin High School. 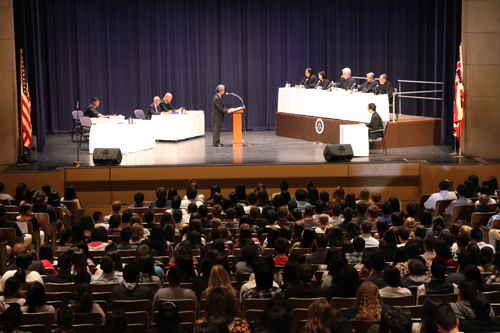 Attorney Hayden Aluli addresses the court during the oral argument for State v. Cramer at Baldwin High School on December 6.