A crowd of more than 100 individuals attended the Aug. 8 tribute event. 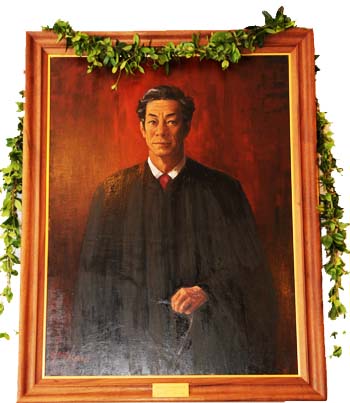 More than 100 people attended the event on Monday, August 8, to hear Chief Justice Richardson described by the distinguished speakers as a great friend, mentor, family man, community leader, judicial innovator, and a man who “lived his life with true Aloha.” The program opened with a greeting by Rodney Maile, administrative director of the courts. Kahikino Noa Dettweiler chanted an oli he wrote for the occasion called, “Oli Aloha No William S. Richardson.”

[ Listen to an audio recording of the program in mp3 format ] 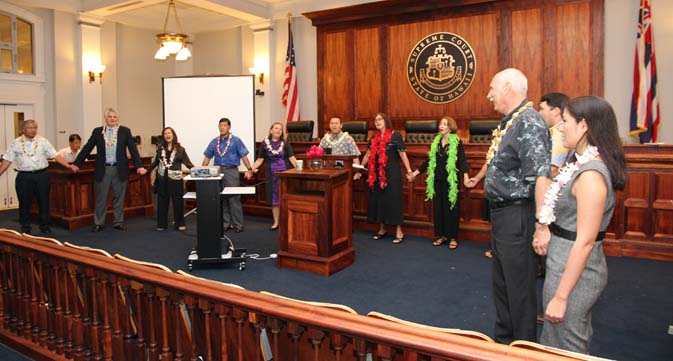