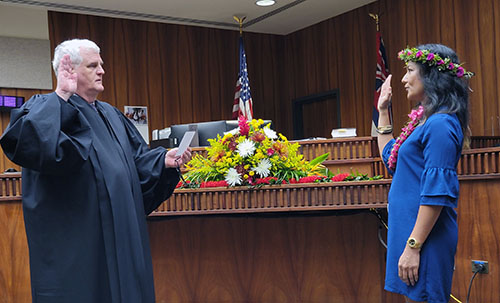 WAILUKU, Hawaii — Annalisa M. Bernard Lee was sworn in as Judge of the District Court of the Second Circuit before colleagues, special guests, family, and friends – many of whom watched remotely.

Chief Justice Mark E. Recktenwald presided over the Oct. 28 ceremony, which was livestreamed on the Judiciary’s YouTube channel.

Bernard Lee has been assigned as a District Court Judge. She will serve a six-year term. 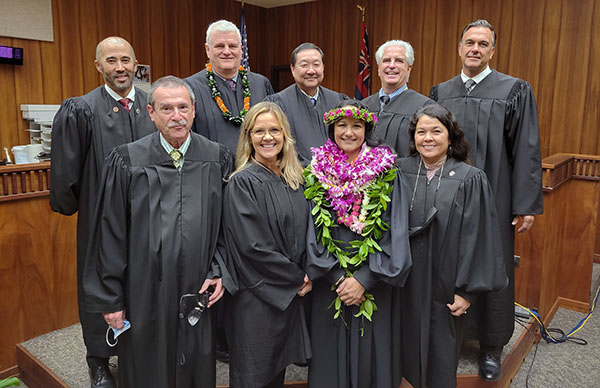