Posted on May 6, 2021 in Featured News, News & Reports, Press Releases

A virtual crowd of dozens of family, friends and colleagues tuned in to watch Jeffrey W. Ng be sworn-in as District Family Court Judge of the Third Circuit on May 5.

Chief Justice Mark E. Recktenwald presided over the ceremony, which was livestreamed on the Judiciary’s YouTube Channel.

Ng will serve a six-year term. 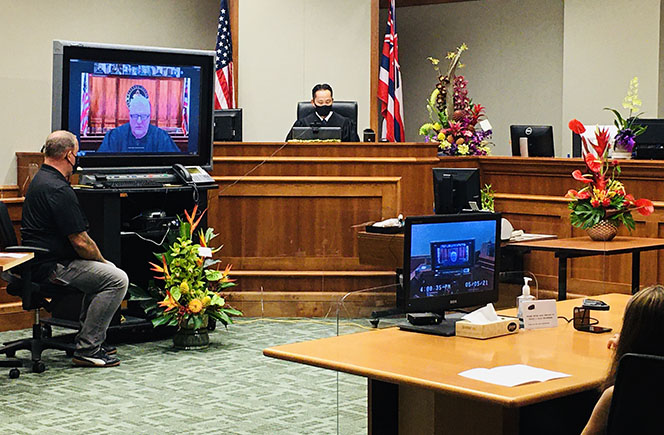