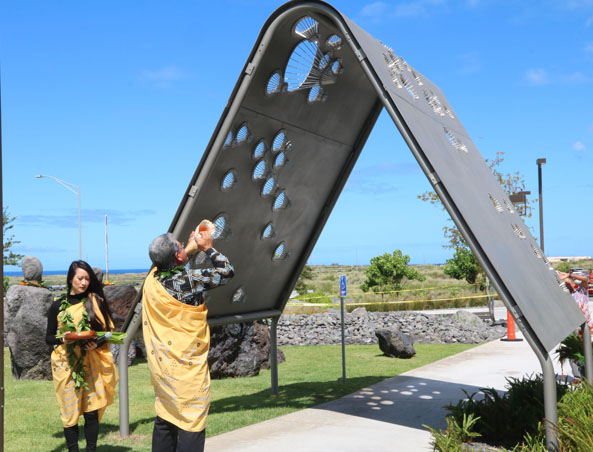 Link to Video and Stills

The courthouse, which opened to the public on September 3, replaced courthouses previously located in three separate buildings. The name Keahuolu honors the ahupuaa in which it is located.

“Today’s celebration represents a significant milestone for West Hawaii. This building will provide a safe, secure, and modern place where people can come together to obtain justice,” said Chief Justice Recktenwald. “It has been a long time coming, but it has been worth the wait. I have been told that discussions about the need for a courthouse for Kona have been underway in one form or another for more than 30 years. Thanks to everyone’s hard work and commitment, I am proud to say this project was completed on time and on budget,” he added.

“The days of holding court in the ‘old hospital’ or the ‘old farm and garden shop’ remain fond memories, but it is time to move forward,” the Chief Justice said. “Thanks to everyone who worked so hard to make this new Keahuolu Courthouse a reality, we will be able to provide justice to this community for years to come in a place we can all rightfully be proud of.”

Jonathan Johnson introduced artists Matthew Salenger and Jerry Vasconcellos. According to the State Foundation on Culture and the Arts, Salenger’s sculpture, Creating Kamaaina, “explores our connection to place.” Vasconcellos’ sculpture, Hoo Pohaku, was created using stone from the courthouse construction site. “It is an affirmation to stand firm in the light of our truths,” according the foundation.

These works of art were produced as part of the stateʻs Art in Public Places Program, which was established to enhance the environmental quality of public buildings and spaces. 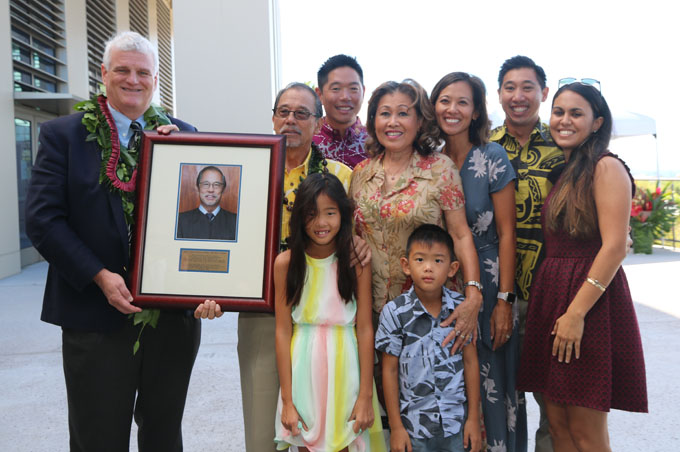 Just before Kahu Danny Akaka, Jr. and his daughter, Kalei, performed the blessing ceremonies, Chief Justice Recktenwald made a surprise presentation to recently retired Chief Judge Ibarra, naming the Self-Help Center in his honor. Judge Ibarra was a tireless advocate for those who needed help with civil matters, but could not afford an attorney. He was pivotal in launching the original Kona Self-Help Desk in 2013. The plaques reads, in part, “Under Chief Judge Ibarra’s vision and leadership, the Third Circuit significantly expanded access to justice for all. This Self-Help Center is named in his honor.”

The 140,000-square-foot Keahuolu Courthouse sits on 10 acres of land. It has five courtrooms, as well as rooms for grand jurors and regular jurors; Driverʻs Education Office; Juvenile and Adult Client Services; Sheriffʻs operations; and administrative offices. There are 292 parking stalls for court visitors.

The facility cost $95.8 million for construction, furniture, fixtures, and equipment. AHL was the architect and Nan Inc. the general contractor.