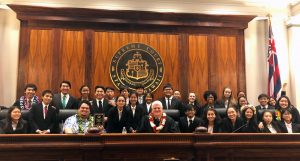 Thirteen teams from 11 high schools entered the competition, which began in January with preliminary rounds and culminated on March 9 in the Hawaii Supreme Court courtroom. Chief Justice Mark E. Recktenwald presided over the final mock trial.

The goal of the Mock Trial Program is to “stimulate the minds of Hawaii’s high school students so that they may acquire a deeper understanding and appreciation of the American legal system,” according to the organizers. The students act as attorneys, bailiffs, clerks, and witnesses. Those playing the roles of the attorneys must prepare opening and closing statements, cross examine witnesses, and display their knowledge of the legal process and court systems. 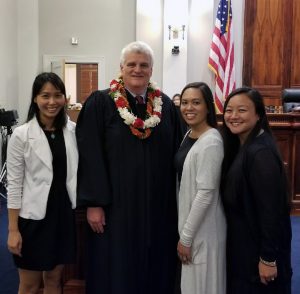