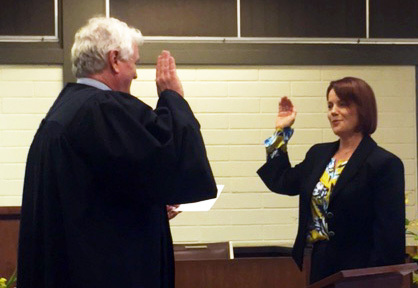 Kamuela, Hawaii — The South Kohala District Court was the scene of much celebration as Mahilani E.K. Hiatt was sworn in as judge of the District Family Court of the Third Circuit before family, friends, and colleagues on August 31, 2018. She will serve a term of six years through August 2024.

Prior to her appointment, Judge Hiatt was a partner at Hiatt & Hiatt, where she concentrated on commercial litigation and employment law. She also served as a per diem judge in the District and District Family Courts of the Third Circuit.  She previously served as Human Resources Administrator at Hawaii Electric Light Co., and was an associate attorney at Bays Deaver Hiatt Lung & Rose in Honolulu.

Hiatt is a graduate of the William S. Richardson School of Law and was admitted to the Hawaii State Bar in 1993.