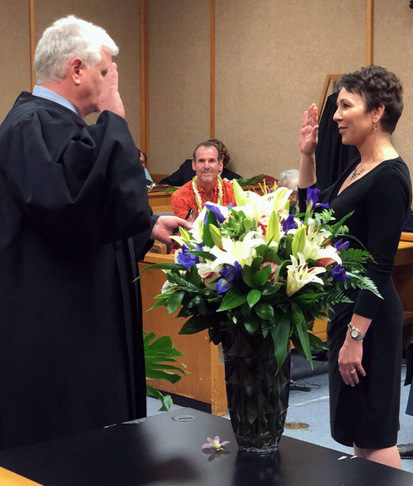 Kealakekua, Hawaii — Wendy M. DeWeese was sworn in as judge of the District Family Court of the Third Circuit at the Keakealani Building on Friday, September 21, 2018. She will serve a six-year term.