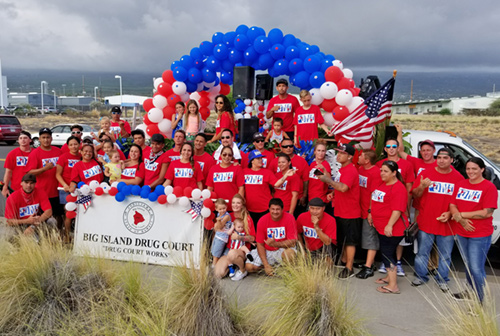 Friends of the Big Island Drug Court celebrate their float taking the first place award for non-profit organization at the Kailua-Kona Fourth of July parade, July 4, 2017.

“This is a great event, and it is a terrific opportunity to share our message and program with the community,” said Big Island Drug Court Coordinator Grayson Hashida.