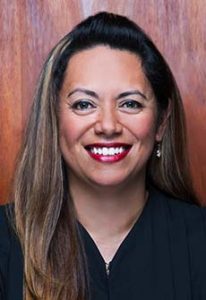 M. Kanani Laubach was appointed by Chief Justice Mark E. Recktenwald as judge of the District Family Court of the Third Circuit (Island of Hawai’i).

She then served as  a Deputy Prosecuting Attorney in the County of Hawaii Office of the Prosecuting Attorney, where she worked on criminal cases in District, Family, and Circuit Court.  In 2007, she joined the Violent Crime Unit and was tasked with prosecuting violent crime cases ranging from child sex assault to homicide from 2006-2010.