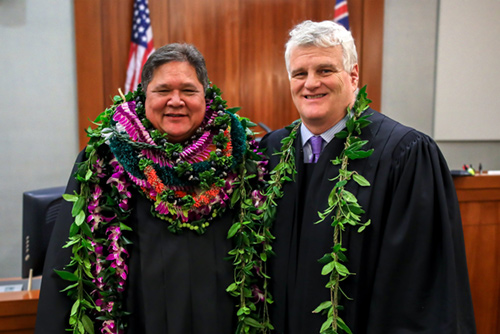 Judge Michael K. Soong (left) is congratulated by Chief Justice Mark E. Recktenwald (right) on being sworn-in to serve as judge in the District Court of the Fifth Circuit (Island of Kauai) on January 3, 2017.

Michael K. Soong was sworn in as Judge of the District Court of the Fifth Circuit (Island of Kauai) at a special ceremony on January 3, 2017, at the Pu`uhonua Kaulike Building, the Judiciary Complex in Lihue. 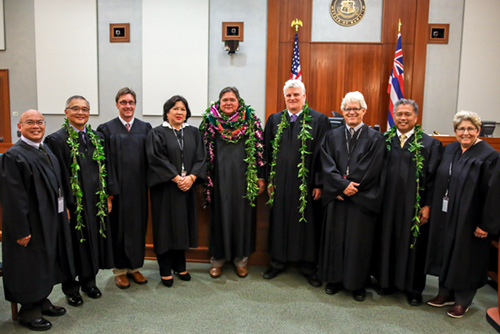