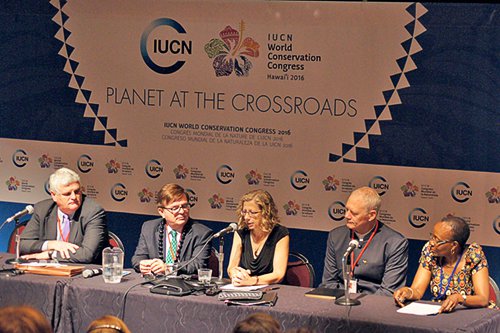 The session also featured a number of Hawaii’s environmental court judges from around the state who discussed a variety of topics, including the responsibilities of judges in environmental disputes.

The day’s activities began at the Hawaii Convention Center and then moved to the Hawaii Supreme Court at Ali`iolani Hale for further discussions.