2015 Jurist of the Year and Employees Honored

In addition to being an outstanding trial judge, mentor, and leader, Judge Perkins has played an important part in shaping Hawaii’s Rules of Penal Procedure, having served as Chair of both the Permanent Committee on Rules of Penal Procedure and Circuit Court Criminal Rules and the Committee on Pattern Criminal Jury Instructions almost the entire span of his judicial career. He was instrumental as a member of the committee that reviewed Hawaii’s Penal Code ten years ago, and is again serving on the committee tasked with reviewing it this year. Along with Judge Perkins’ many other commitments, he has taken a leadership role in addressing the needs of individuals in the justice system with mental health issues.

“Judge Perkins is a consummate professional with keen knowledge, a strong work ethic and a deep commitment to public service,” said Chief Justice Mark Recktenwald. “He is a humble and gracious person who treats all parties and counsel with respect. He has been a valued mentor to countless judges and others in the judiciary, and has earned the respect and admiration of his colleagues and the legal community.”

In addition to the honoring of the Jurist of the Year, the Hawaii State Judiciary presented group and individual awards to employees who have distinguished themselves through exceptional service and accomplishments.

Meritorious Service Award: Penny Shimada, Court Operations and Support, Family Court, Second Circuit; and Joyce Kajioka, Office on Equality and Access to the Courts, Office of the Administrative Director of the Courts 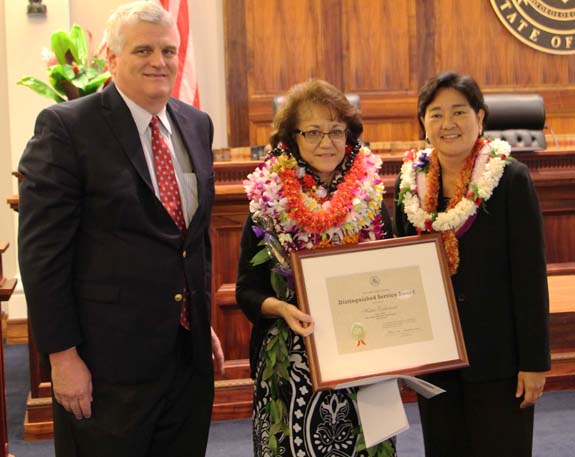 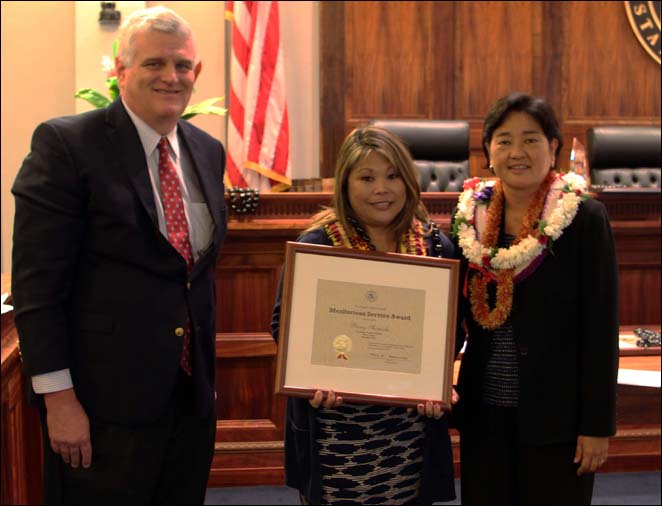