Jurist of the Year and Employees Honored 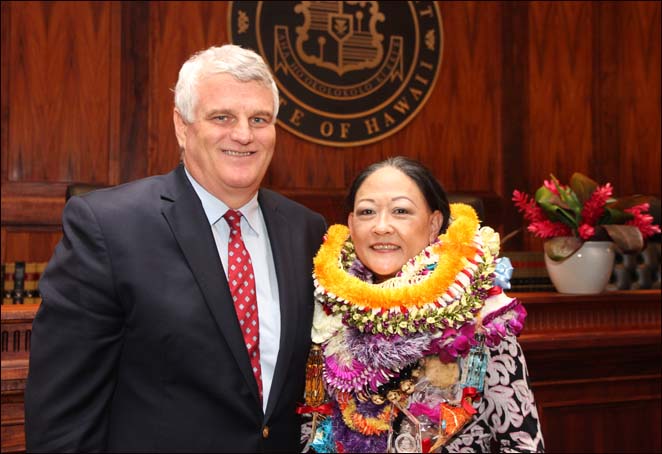 Trudy Senda, deputy chief judge of the District Court of the Fifth Circuit, was chosen by Chief Justice Mark Recktenwald as the 2014 Jurist of the Year and received the award at a ceremony held October 3 in the Hawaii Supreme Court courtroom.

In addition to being an outstanding trial judge presiding over both criminal and civil cases, Judge Senda has been a leader statewide in addressing important issues of judicial administration. She has helped guide the rollout of the JIMS electronic case management system in district court, and contributed greatly as a member of the Judiciary’s Strategic Planning Committee to develop a clear vision for the Judiciary’s future.

As a member of the Access to Justice Commission, Judge Senda has been a leader in increasing access to justice and in enhancing the administration of justice in the state courts. She was instrumental in the opening of the Judiciary’s Self-Help Center on Kauai, where volunteer attorneys provide legal information to individuals who are representing themselves in civil legal cases. The Kauai center was the first such center to open in the state. Since its opening in 2011, more than 1,000 people have been assisted there.

In addition to the presentation of the Jurist of the Year award, the Hawaii State Judiciary recognized employees who have distinguished themselves through exceptional accomplishments achieved as an individual as a member of a team with a Meritorious, Spirit of the Judiciary, or Certificate of Commendation Award. 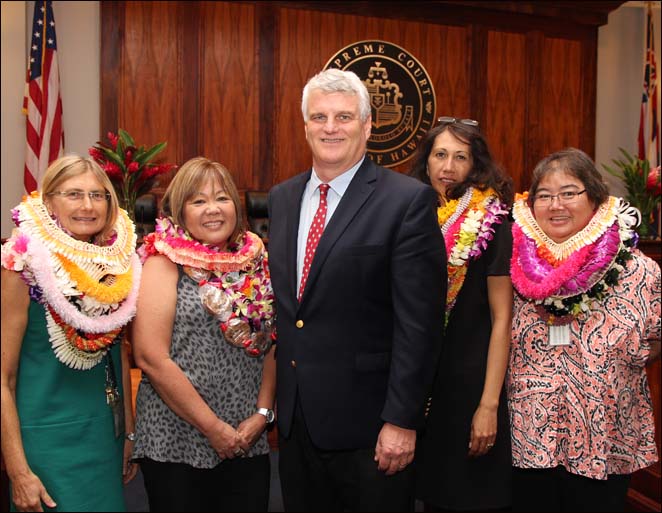