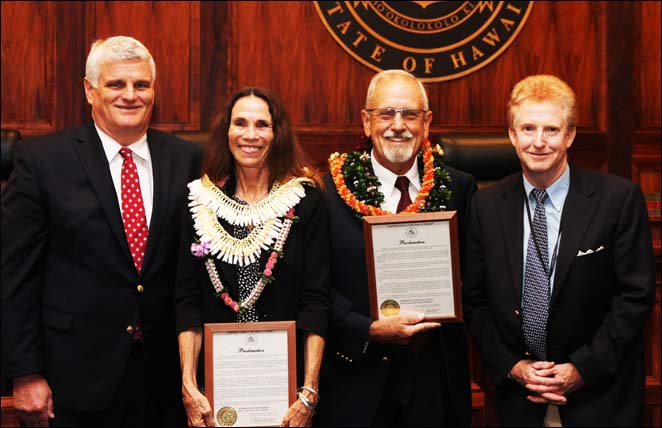 Since its inception more than twelve years ago, the First Circuit Family Court’s Divorce Law in Hawaii program has been presented to the public during the lunch hour on a monthly basis, and August 28, 2014 marked the 150th presentation of this educational program.

On the day of the 150th milestone, Chief Justice Mark Recktenwald (far left) and First Circuit Senior Family Court Judge Mark Browning (far right) expressed their appreciation to Mediation Center of the Pacific Director Tracey Wiltgen and Attorney William Darrah for the valuable service they are providing to divorcing couples as volunteer speakers for the Divorce Law in Hawaii program. The Chief Justice also issued a proclamation declaring August 28, 2014, to be “Divorce Law in Hawaii Day in the Courts of the State of Hawaii.”