At the signing of Senate Bill 1, Governor Abercrombie acknowledged retired Justice Steven Levinson and Associate Judge Daniel Foley as instrumental in paving the way for the Marriage Equality Act. In May of 1993, Justice Levinson authored the Hawaii Supreme Court opinion in Baehr v. Lewin, which became the first appellate court decision in history to find the state constitution presumptively prohibited the exclusion of same-sex couples from access to marriage. At that time, Judge Foley was the attorney in the Baehr case, representing the plaintiffs. 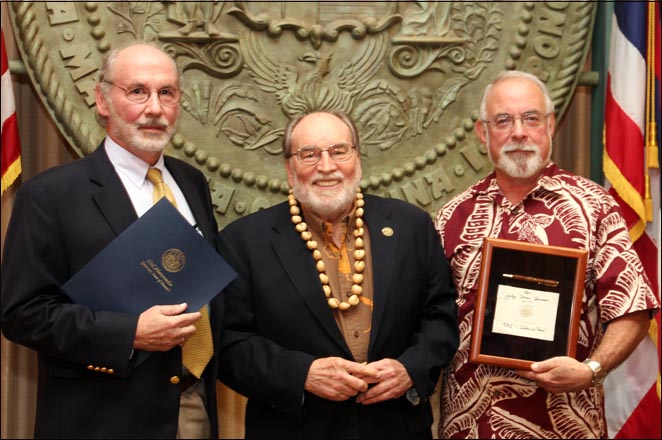