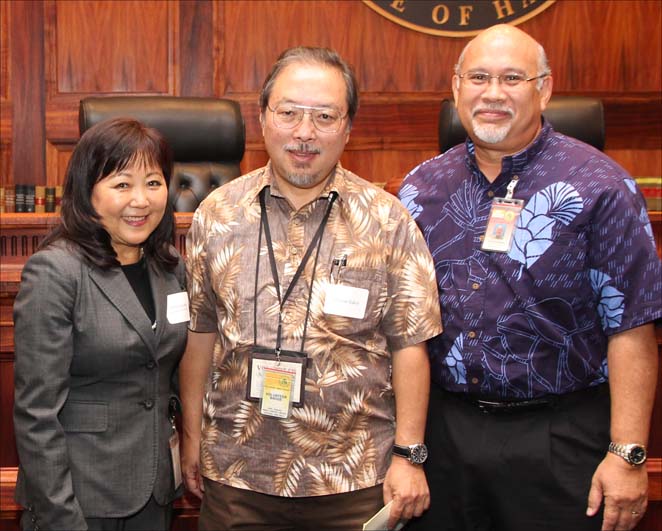 “Our volunteers help us operate efficiently and effectively,” said Rod Maile, Administrative Director of the Courts. “They are valued members of the Judiciary ohana.”

During the past year, Oahu volunteers contributed 54,300 hours working in a variety of positions such as case aides, bailiffs, docents, clerical aides and law clerks.

The majority of volunteers work with justices and judges (183), as court appointed special advocates for children (127), at the Juvenile Detention Facility (126) and for the Kids First program (120).

The estimated value of the hours contributed by the volunteers amounts to at least $393,675, which is based on the minimum hourly wage of $7.25 per hour.

To volunteer with the state courts on Oahu, go to https://www.courts.state.hi.us/outreach/volunteer_opportunities