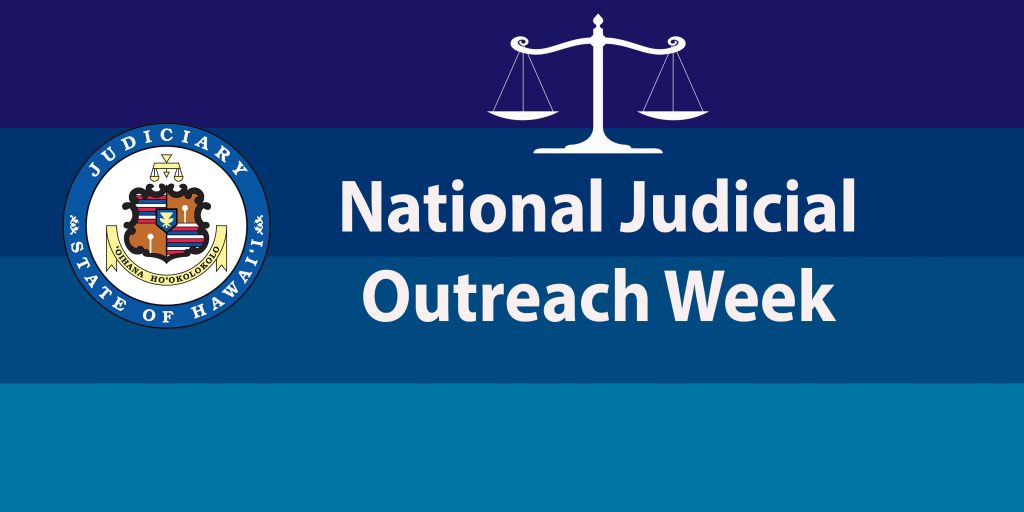 Hawaii’s state judges engaged a broad cross section of community members in a variety of settings during National Judicial Outreach Week 2020. They met with people outside of the formal courtroom setting to help enhance public understanding of the work courts do to provide a fair and impartial system of justice, maintain open and transparent government, and protect the fundamental legal rights of all citizens. 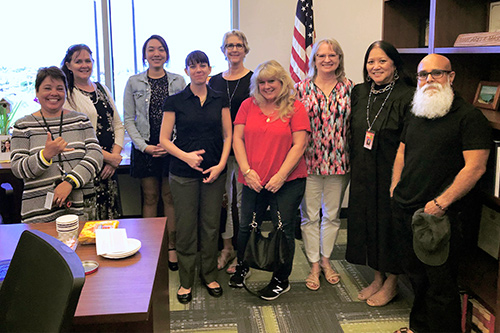 Third Circuit District Court Judge Margaret Masunaga (second from right) and law librarian Lisa Rosile (left) met with a group of librarians in the Keahuolu Courthouse Law Library on March 2 for National Judicial Outreach Week. Judge Masunaga discussed public accessibility of the courts and the resources librarians can use in assisting their patrons.

Third Circuit District Court Judge Margaret Masunaga spoke with five groups, totaling at least 270 people in West Hawaii. “National Judicial Outreach Week got me thinking about the rule of law and due process this year, and I was just feeling proud to be an American,” she said.

“My parents were both interned during World War II – one in Arizona and one in Arkansas – simply because they were Japanese. They were not afforded the fair treatment that all Americans are entitled to in our system of justice. And while my mother and her family were interned, my uncle volunteered for the 442nd Infantry Regiment and fought for our country in Italy and France. My husband’s uncle volunteered for the 100th Infantry Battalion from Kona. He died fighting the war when he was 26 years old.” 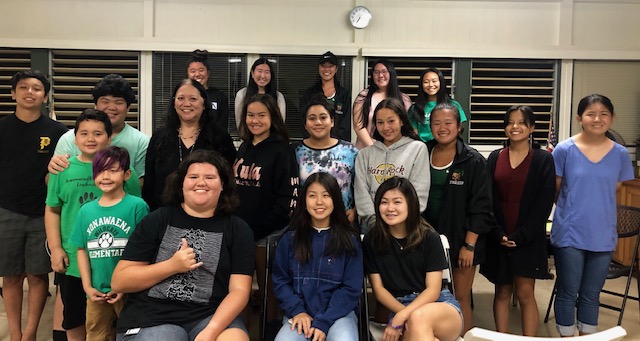 Judge Masunaga (standing fifth from left) spoke to the Kona 4-H Federation members in Kainaliu, Hawaii on March 4 about how the District and Family Courts approach juvenile criminal cases, including those involving laws against vaping and use of e-cigarettes by those under 21 years of age.

Judge Masunaga noted that Third Circuit Chief Judge Ronald Ibarra (ret.) was the one who advocated for attorneys to engage the community on the Hawaii island. “He was an inspiring example. Events like National Judicial Outreach Week give judges the opportunity to help support and protect their communities by educating them about the rule of law, and the resources and public services available through the courts,” said Masunaga. 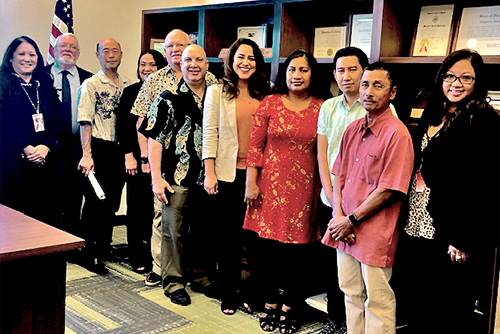 Judge Masunaga (far left) and Per Diem Judge Joseph Florendo (second from right) met with court interpreters in Kona on March 4. They were joined by Debi Tulang-DeSilva (far right) and Melody Kubo (3rd from left) of the Judiciary’s Office of Equality and Access to the Courts. 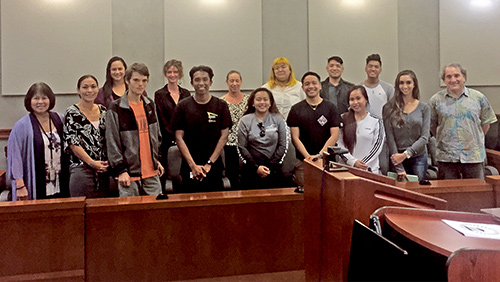 Judge Kathleen Watanabe (left) in her courtroom in Lihue, with Per Diem Judge Robert Michael Goldberg’s (right) Kauai Community College Business Law students on March 5. She discussed the rule of law and how judges are duty-bound to always follow the constitutions, laws, ordinances, and rules that govern our society.

National Judicial Outreach Week is an initiative started by the American Bar Association in 2017, and occurs March 1 – 10 each year. During this time, judges and lawyers across the country engage with community members to discuss the importance of our nation’s commitment to the rule of law – the legal principle that all people, institutions and entities, public and private, are treated equally and fairly before the law.